The Archipelago of Madeira is constituted by the islands of Madeira, Porto Santo and two groups of uninhabited islands, Desertas and Selvagens Islands. It is situated in the Atlantic Ocean, in between 30° 01 ‘ and 33° 31 ‘ North latitude and 16° 30 ‘ and 17° 30 ‘ West longitude of the Greenwich Meridian.  Discovered in 1418 by João Gonçalves Zarco, Madeira Island has an area of 736.7 Km2 and has a maximum length of 58 Km (East-West) and 23 Km of maximum width (North-South direction).

The Madeiran Archipelago belongs to the Macaronesian region, a term used to characterize the archipelagoes with biogeographical affinities, of which are also part the Azores, Canary Islands and Cape Verde. Madeira Island is of volcanic origin.

It is characterized by a surrounding blue crystal clear sea with mild temperatures, magnificent cliffs and quiet valleys with rustic villages where it is possible to admire amazing landscapes and towering mountains. It has a very rugged terrain, with the highest point being Pico Ruivo at 1862 m, Pico das Torres (1851 m) and Pico do Arieiro (1818 m). The North Coast is dominated by high cliffs and in the western part of the island there is a plateau region named Paul da Serra (1300-1500 m). 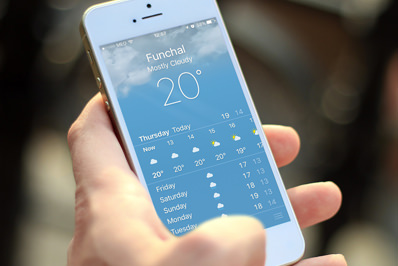 What to do in Madeira

The Flora & Fauna of Madeira 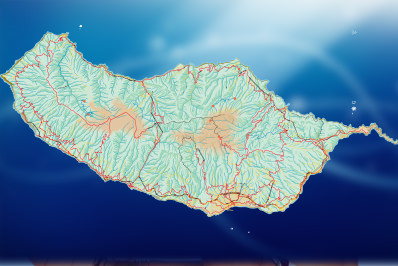